Tsunami is a Japanese word based on two elements: tsu (津) meaning ‘harbour’ and nami (波 or 浪) meaning ‘wave’.  It was coined several hundred years ago by fishermen who came back from sea to discover the harbour had been devastated by waves, even though there had been no wind and no unusual wave action in the open ocean.

Tsunamis are waves generated by sudden movement of the sea floor, usually caused by undersea earthquakes, but sometimes caused by landslides, volcanic eruptions or meteorite impacts. 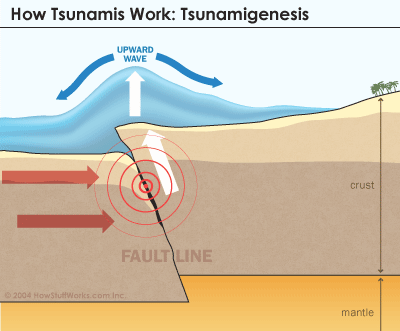 The most recent near-shore tsunami hazard mapping produced by Geoscience Australia (2008/9 Near-shore Tsunami Hazard Assessment for Australia) shows impacts of a Tsunami on the mainland of Redland City, the Southern Moreton Bay Islands and Coochiemudlo are negligible.  This is due to the presence of North Stradbroke Island which would experience the primary impact of the Tsunami along Main Beach on the eastern side of the island, effectively shielding the inner Moreton Bay area and the mainland coastline.  The likelihood of a Tsunami impacting the Queensland coastline is also very low and therefore the threat of a Tsunami is not considered a high risk. 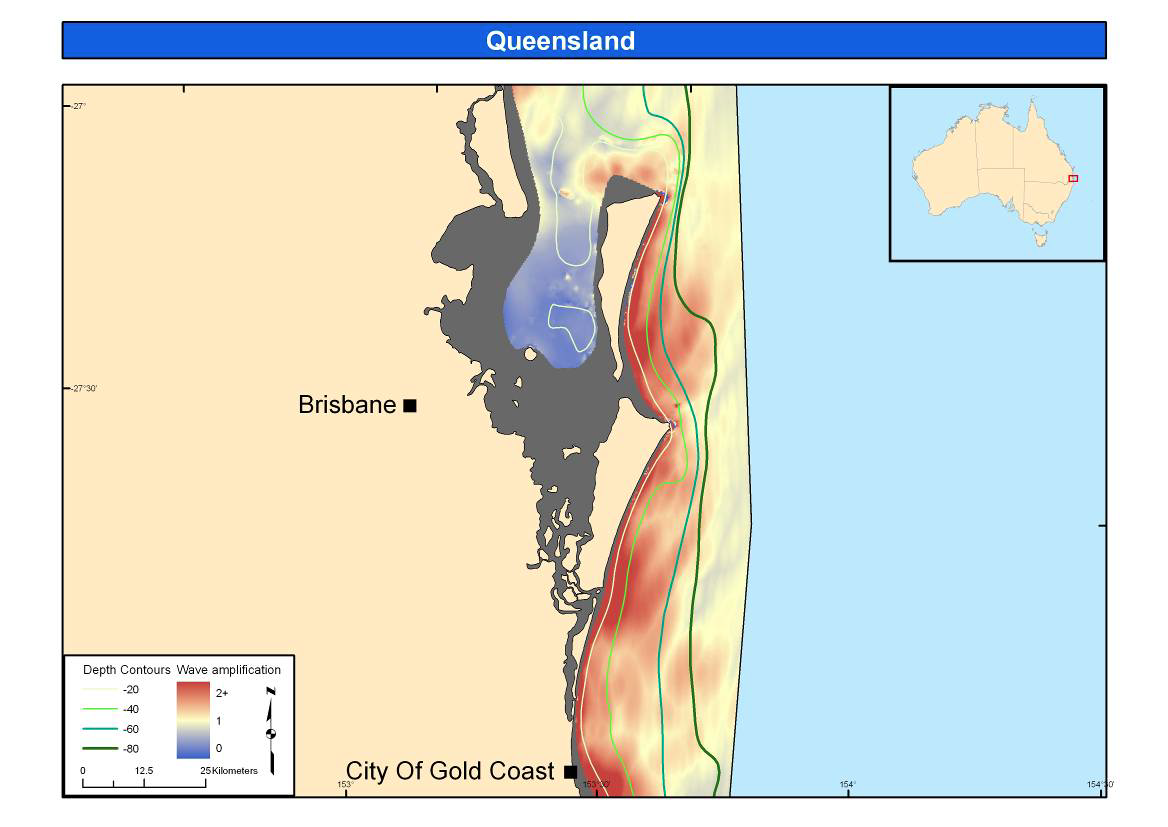