The Age Structure of Birkdale provides insights into the suburb’s age profile which is a key consideration during disaster preparation, response and recovery to accommodate the needs of the community. It is also an indicator of Birkdale’s level of demand for age based services and how it is likely to change in the future. 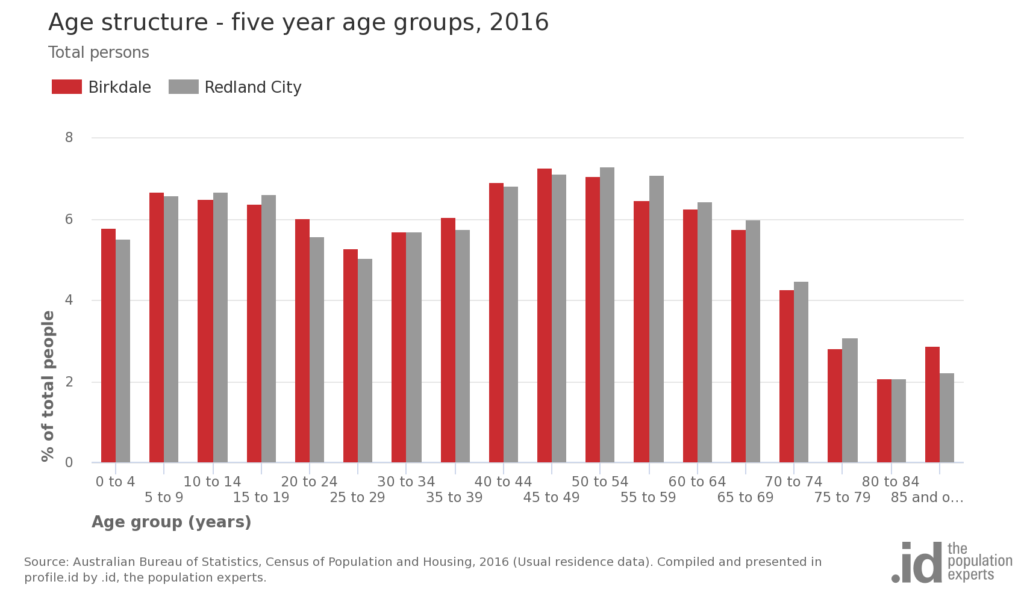 The major differences between the age structure of Birkdale and Redland City were:

The largest changes in age structure in this area between 2011 and 2016 were in the age groups: